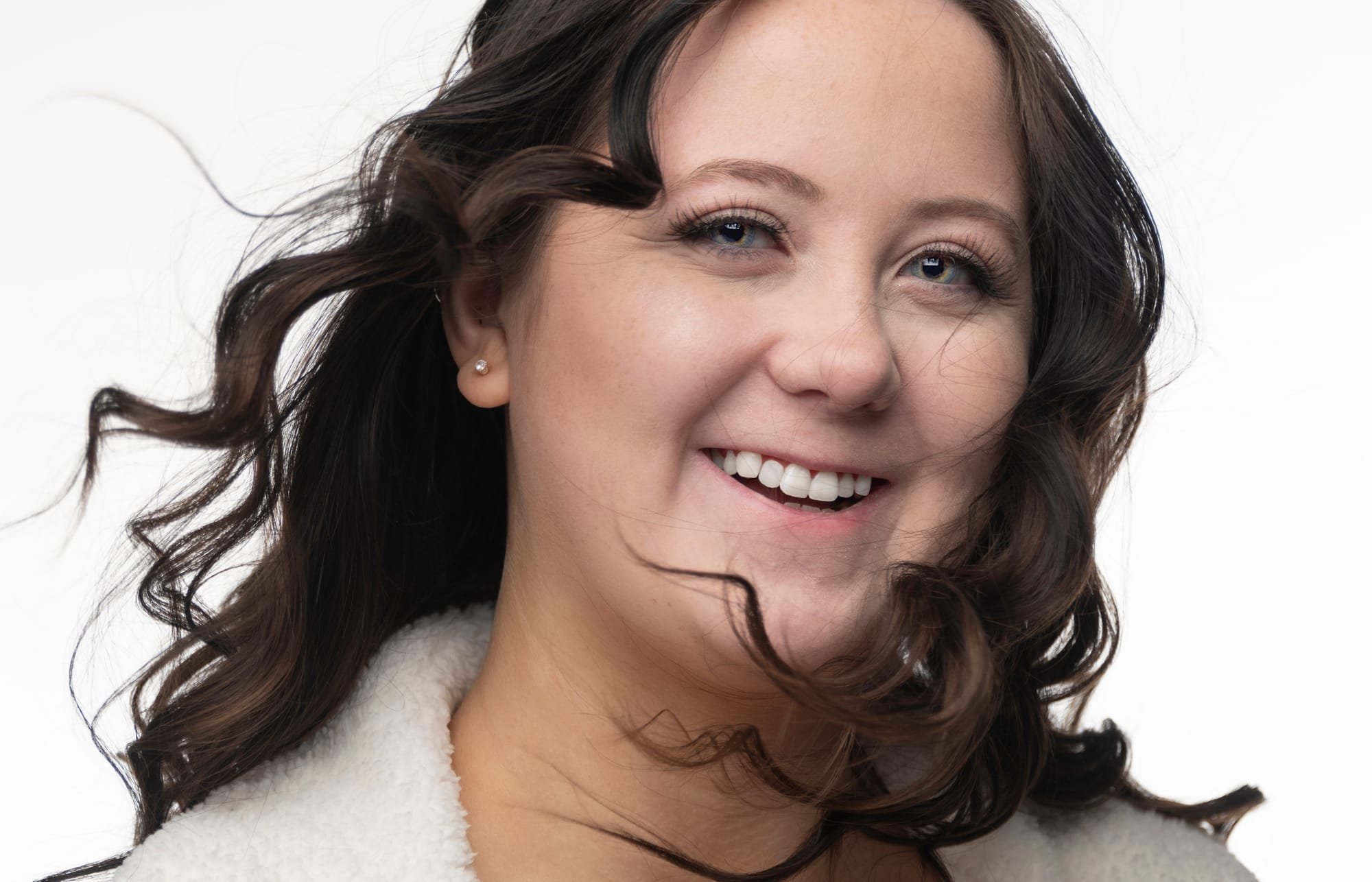 I got to the studio at 8:30 am. I started setting up my camera and computer. Then I set up the lights. I had to ask other people in my group to help me set up the scene then I had to tell them how to do it. After an hour we finally got everything set up and started metering.
We used one large softbox directly over the camera as the main light. We used one large softbox to the right of the subject for the fill light. We had two lights on the background but only used one of them for the Normal Key shots. We did not use any background lights for the Low Key shots.

Once we got the lighting where we wanted it, I began shooting. I shot a couple dozen shots with different models, different poses and different expressions. After I had photographed all the people, Leah set up her camera and computer. She took several dozen photos also. Mark was going to go next but his camera wouldn’t tether to Leah’s computer. Leah and I were the only people who had computers or tether cables. None of the other people in our group had tested or even tried to see if their setup would work. Did they just expect other people to take care of them? I don’t know, I didn’t ask. After that, Leah let the other people in the group use her camera with their own flash cards or hard drives. At least three people in my group had to be hand held and walked through each step of the process. This is why it took so long. Like the blind leading the blind.

I took all my RAW files into Bridge and opened Camera RAW. I adjusted the exposure, shadows, blacks, whites, and highlights and saved the images as jpegs, tifs, psds, and RAWs with xmp sidecar files.

The second assignment seemed to have a steep learning curve as much as the first. No one else in my group must have been present in Monday’s class because they did not remember anything Erik said or what he showed us in the demo. I really hope I do not have to work with the same people all quarter because it is going to bring my grade down.
For the High Key part of the assignment, I set my camera to f/5.6, 1/125 sec exposure and ISO 100. We had one strobe with a softbox directly over the camera and two strobes on the background. We metered the strobe above the camera to be f/5.6. We then metered the background to be two stops higher at f/11.

I took a couple dozen shots of the models with different poses and expressions. I also had someone wave a foam board at her so it looked like she was in the wind. That’s what all the top models do. I then took the best photo into Camera Raw and corrected the white balance according to the gray card. Then I adjusted the shadows +25. I opened the image in Photoshop and cropped it a little bit. I wanted her teeth to be a little whiter so I made a mask of her teeth and increased the brightness and desaturated them a little (-77) so they wouldn’t be so yellow.

I wish we had more time and that I didn’t feel rushed. I would have had her zip up her jacket all the way so it looked more like a winter scene. Next time. Here is the Normal Key Image: 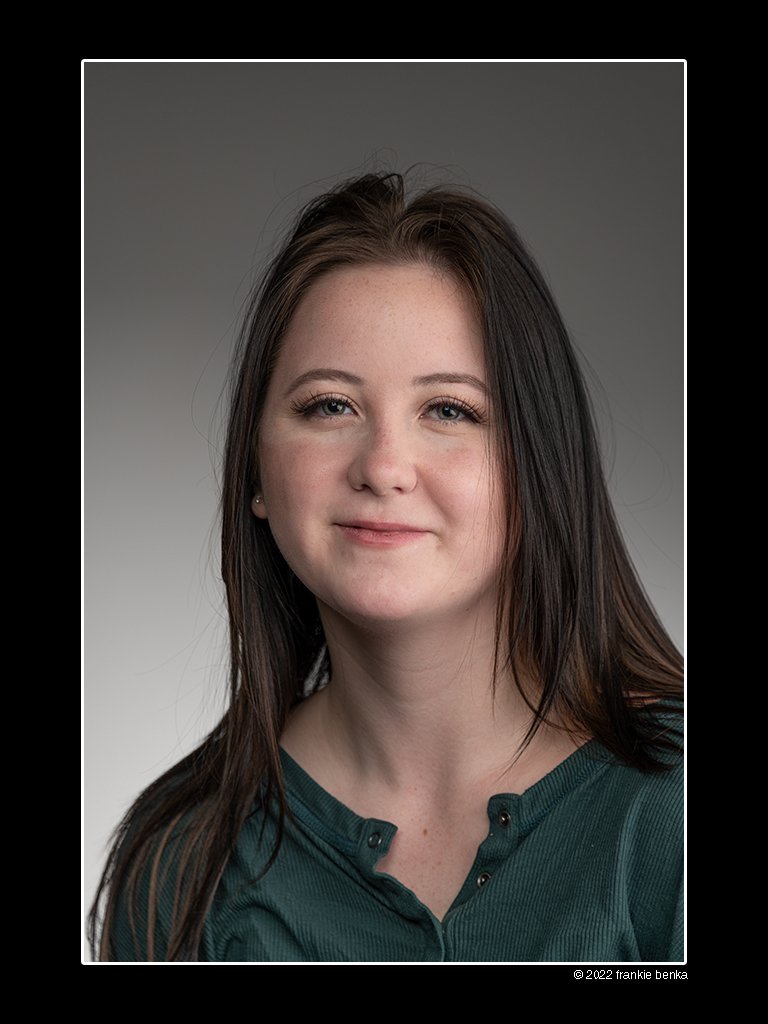 Here is the Low Key Image: 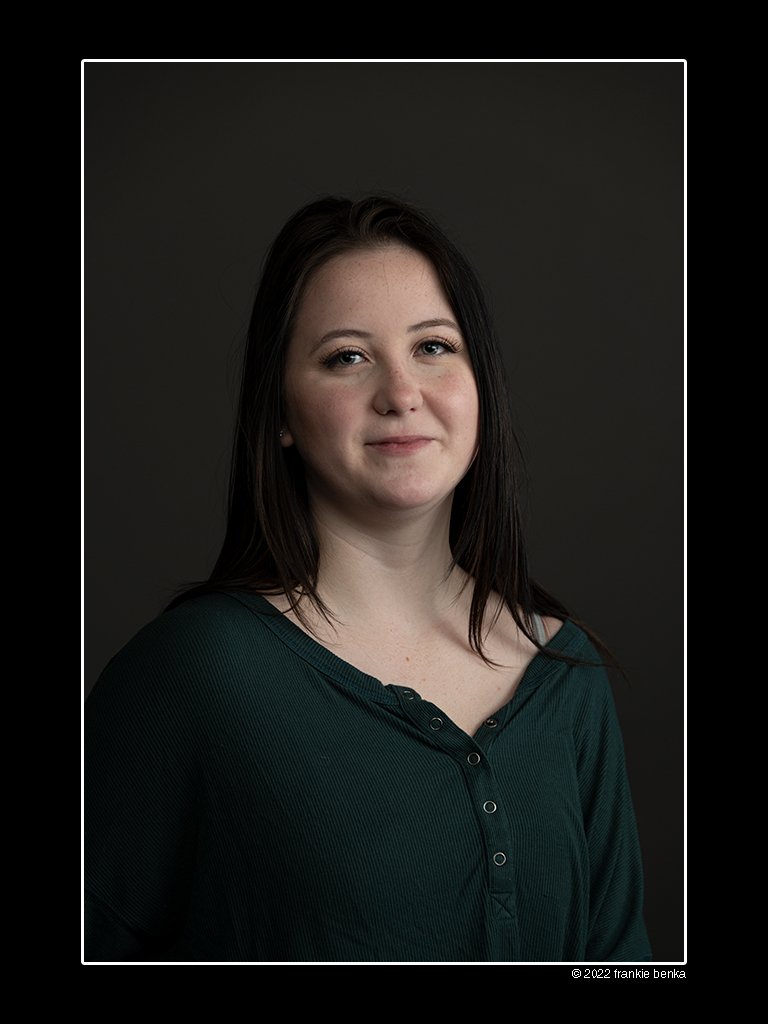